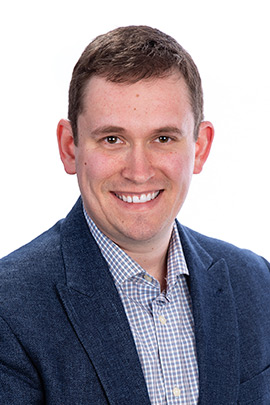 Marco Sivitilliis our Associate VP Operations, Atlantic, located in Fredericton, New Brunswick. His career with GEMTEC began as a co-op student in 2007, which allowed him to gain practical experience in the laboratory and field for materials testing and inspection. Upon graduation from the University of New Brunswick in 2009 with a civil engineering degree, Marco joined GEMTEC’s Fredericton office as an Engineer in Training. Marco worked on several large infrastructure projects as an inspector and onsite engineer, including the Port of Belledune Expansion in northern New Brunswick. Marco moved to Saint John in 2011 as a geotechnical engineer, and by 2014 took on the role of Saint John Branch Manager. Along with the entire GEMTEC Saint John team, Marco has helped grow the Saint John office and expanded the services that it offers. In 2017, GEMTEC Saint John became the second CCIL-certified asphalt and aggregate testing laboratory in New Brunswick. Marco took on the role of Associate VP in 2022 upon his return to Fredericton.

Marco’s areas of practice include project management, solid waste management and design, dynamic pile inspection, geotechnical engineering, marine engineering, materials testing, and inspection services. Marco is proud to be a part of GEMTEC’s team and his career path demonstrates the opportunities that exist within GEMTEC.