GEMTEC’s executive team are examples of how we can all “build on GEMTEC ”. Our leaders launched their careers as part of the GEMTEC family in the ’80s and ’90s with the support of our founder Daryl DeMerchant. They have grown with the organization and experienced the company from the ground up so they know what it takes to support our workforce throughout every career stage. GEMTEC is built on a solid foundation of experience, knowledge and integrity which starts with our leaders and is fluid throughout the organization. 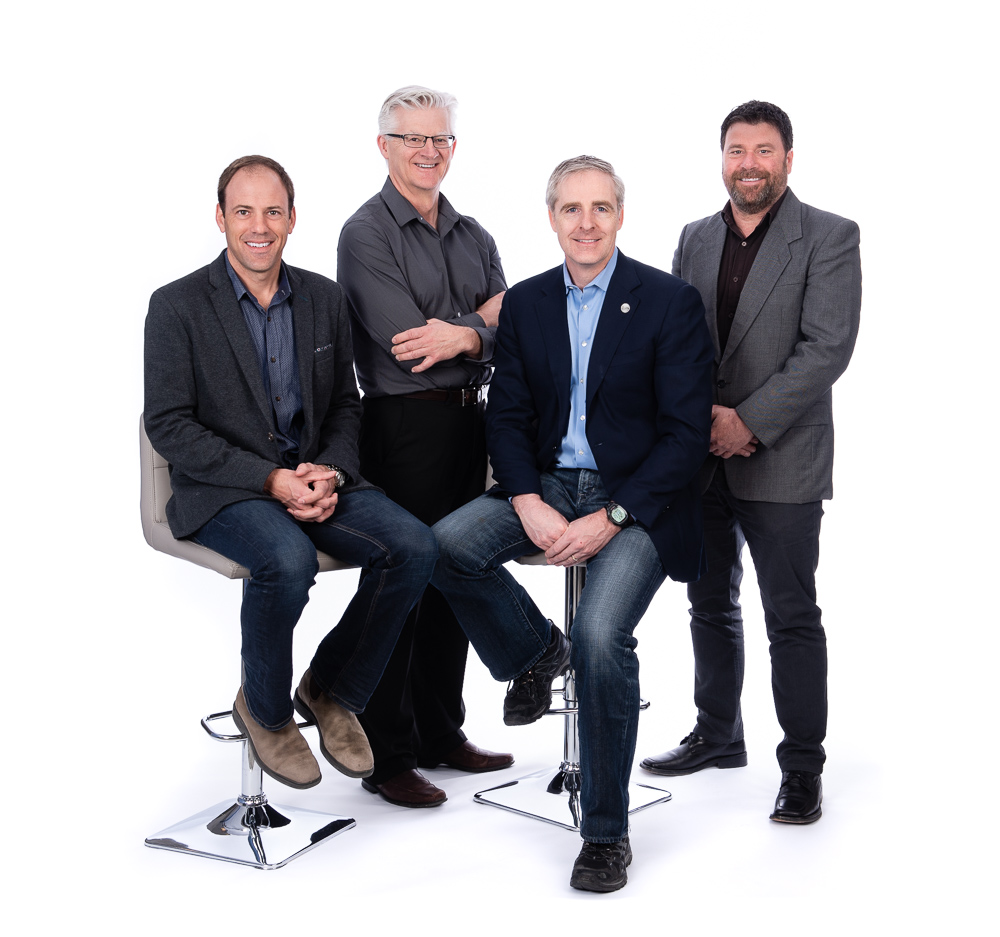 Corey Keats is our President and CEO, stationed from our corporate headquarters in Fredericton, New Brunswick. Consistent with our hands-on, grass roots approach, you’ll often find Corey immersed in projects providing a personal level of service to our clients and the community at large. Corey has played an integral role in GEMTEC’s growth over the past 30+ years with his dedication to the discipline of geotechnical and civil engineering and his leadership in managing large public projects throughout Atlantic Canada.

Shaun Pelkey is our Vice President, located in Ottawa, Ontario. He and Corey have been a team since 1989 when they both started out with GEMTEC in Fredericton. Shaun is a senior hydrogeologist and environmental engineer, who not only has been instrumental in GEMTEC’s endeavours with landfills in New Brunswick, but has been involved in numerous hydrogeological, contaminated sites, and remediation projects in Atlantic Canada and Eastern Ontario. Shaun heads up both our environmental and unexploded ordnances (UXO) divisions, and he made the move to Ottawa in 2015 to ramp up our environmental engineering efforts in the Ontario market.

Dave Purdue is the Secretary of our Board of Directors and Vice President of Operations for Atlantic West. Dave united with Corey and Shaun in 1990 when he was hired as a summer student, eventually becoming a technician, and then moving onto the role of engineer in 1999. Dave has occupied progressive roles with the company ever since, and his journey with GEMTEC demonstrates how aspiring engineers and technicians can build a career with us. Dave oversees our Fredericton operation along with a number of satellite offices and acts as a technical lead and project manager for geotechnical, marine, and heavy civil engineering projects.

Serge Bourque is the Treasurer of our Board of Directors and Vice President of Operations for Atlantic East. Like Dave, Serge started as a summer student in our Fredericton office and has grown into various technical and management roles over the past 20+ years. Serge has made multiple moves on behalf of GEMTEC transitioning from Fredericton to Moncton after graduating, moving to Ottawa in 2013 to become operations manager, and finally moving back to Moncton in 2018 to take on his current role. Serge oversees our Moncton operation along with satellite offices in his region. His specialty is in the field of geotechnical engineering, emphasising on soft soils and deep foundations.